What is a Scorpion

A scorpion is a predatory arachnid of the order of Scorpions, most of which can inject venom into humans. 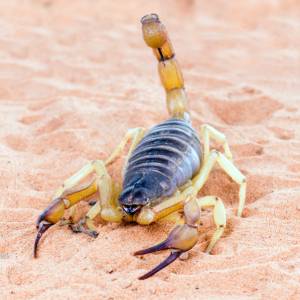 They typically live for about 2-3 years, but some species can live up to 25 years in captivity.
Scorpions are nocturnal animals that hunt and feed on insects, spiders, and other small creatures. They use their long, curved tails to sting and paralyze their prey before devouring it.

Scorpions are relatively harmless to humans, but their venom can be dangerous to children and the elderly. Everyone reacts differently to a scorpion sting.

A scorpion sting is usually not life-threatening, but it can be painful and cause swelling, redness, and numbness. If you are stung by a scorpion, seek medical attention immediately.

Scorpions are fascinating creatures that have been feared and revered throughout history.

These eight-legged predators are well-adapted to their environment and can be a fascinating addition to your home.

If you live in an area where scorpions are found, take precautions to prevent them from entering your home.

Signs of a Scorpion Infestation

The best way to prevent a scorpion infestation is to be aware of the signs that indicate their presence.

Some of the most common signs of a scorpion infestation include:

Sightings: The most obvious sign of a scorpion infestation is sighting the pests. Scorpions are nocturnal creatures, so they are most active at night. There is likely a large infestation if you see scorpions in your home during the day.

Exoskeletons: Scorpions shed their exoskeletons as they grow. These exoskeletons can be found near where the scorpions are nesting.

Odor: Scorpions have a distinct odor like rotting meat. If you notice this odor in your home, there is likely a scorpion infestation.

Eggs: Scorpions lay their eggs in sacs attached to their bodies. These egg sacs can be found near where the scorpions are nesting.

You must act immediately if you notice any of these signs in your home. A scorpion infestation can be dangerous, so getting rid of them as soon as possible is essential.

Scorpions are most common in desert regions, so it is no surprise that they are found in Arizona. 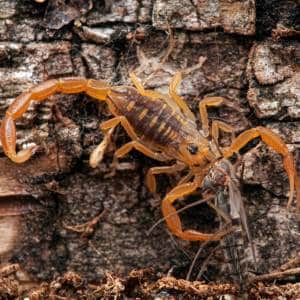 There are several scorpions in Arizona, but the most common is the bark scorpion.

Bark scorpions are small, light-colored ones found in trees and other high places.
They are the most dangerous scorpion in Arizona and can be deadly if their venom is not treated immediately.

These scorpions lurk in shelter and shade, then come out at night since they are nocturnal. This scorpion typically consumes small insects such as crickets and roaches but occasionally ingests other scorpions.

While we mainly see them on the ground, on rocks (after hiding beneath them), they can be seen on trees or some walls. If they can get into the home, bark scorpions may take residence in small hiding places (i.e., wall voids, closets, under furniture, shoes, etc.).

Bark scorpions are about 2 inches long, tan in color, and may be easily missed. However, they can be seen at night or in dark areas with a black light to illuminate their exoskeleton. Also, given their size, they are more likely to invade the home since they can fit in more minor entry points. 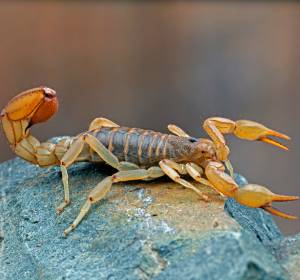 The Arizona desert hairy scorpion is the most significant type of scorpion found in Arizona. These scorpions are black or brown and have hair on their bodies. They can grow to be up to 8 inches long!

Despite their large size, these scorpions are not as dangerous as bark scorpions. Their venom is not deadly but can still cause pain and swelling. Arizona desert hairy scorpions are found in desert areas and are most active at night. They feed on insects, spiders, and other small creatures. 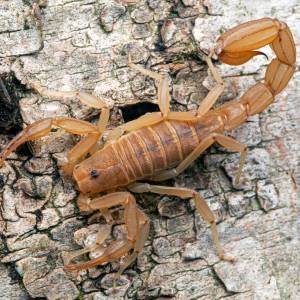 The yellow devil scorpion is the most venomous type of scorpion found in Arizona. These scorpions are yellow or brown and can grow up to 6 inches long. They are found in desert areas and are most active at night. Their venom is very dangerous and can cause serious health problems if not treated immediately. These scorpions feed on insects, spiders, and other small creatures.

What You Can Do?

Precaution: What Do I Do If I See One

Do not approach or try to catch a scorpion. However, if you see one, call Horn Pest Management immediately.

Please do not attempt to kill the scorpion yourself, as they can be dangerous.

If you are stung by a scorpion, seek medical attention immediately.

For more information on scorpions in Arizona or to schedule a free consultation, contact Horn Pest Management today.

Horn Pest Management is here to help you with all your scorpion needs. We will come out and inspect your home for free and let you know what the best course of action is. We also offer Scorpion barrier treatments that will help keep scorpions away for good. So, give us a call today!