HPM Mascot and Best Friend-Gus Has Passed ON; but Our Memories of Him Will Be Forever 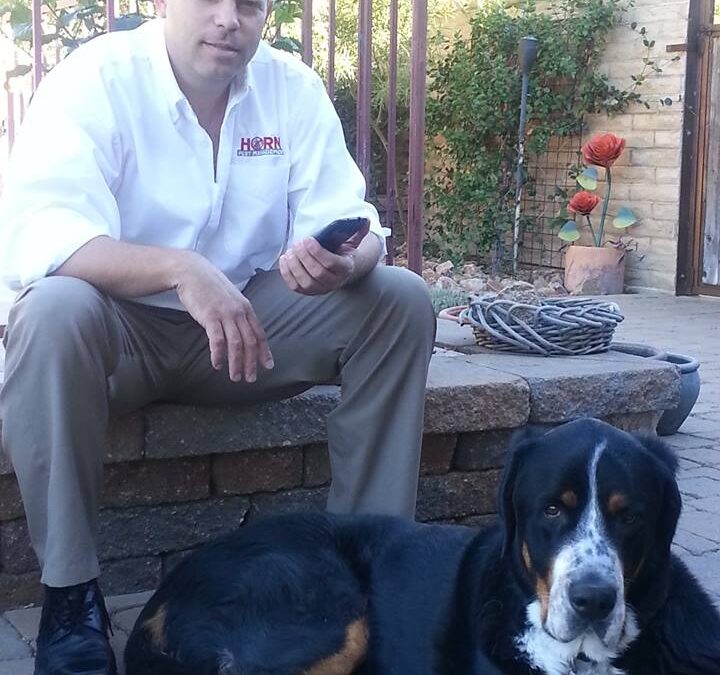 In the past week the HPM family has suffered a tremendous loss in company mascot as well as man’s best friend. Swiss Mountain dog Gus has passed away at the tender age of 9 last week, and he has already been sorely missed. Gus passed away due to complications with his hind legs and hips, which ironically was the same way the main character  “ Gus” in the movie Lonesome Dove(Gus’ namesake) lost his life. Gus was always a good boy, but he did sometimes confuse his 100 pound self with that of a lap dog, trying to cuddle up on the couch. He enjoyed snuggles and snuffles and sometimes the occasional snoozle. Gus’ loyalty was unmatched as he always guarded the perimeter of his home from other dogs being walked in the alley, and door to door salesmen. Gus was a fighter. When he  confused a plastic 6-pack soda holder with dinner, he was rushed to the hospital for surgery. He never gave in and made a full recovery. When he confused a box of tooth floss with breakfast he was rushed to the hospital for his second surgery. Still, Gus never gave in, and made another full comeback. Gus was always there when you needed advice and I’d like to think that Gus was Ryan Horn’s main inspiration for founding Horn Pest Management.