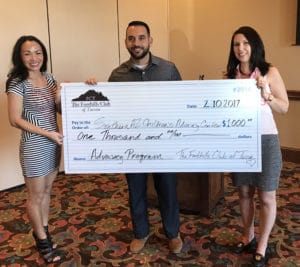 Year round the Foothills Club of Tucson donates thousands upon thousands of dollars to local children’s charities around Tucson. Over the past two years the club has raised $150,000  that went towards charities such as JFSA Homer Davis Project, Tucson Clean and Beautiful, Youth on Their Own, and many more. Horn Pest Management has been a part of the group since its inception. The group’s two main events are the “Love on the Rocks” that is held around Valentines Day and the “Let it Ride,” golf tournament held in early May. The 2017 valentines party helped raise $50,000 and the golf tournament raised $30,000!