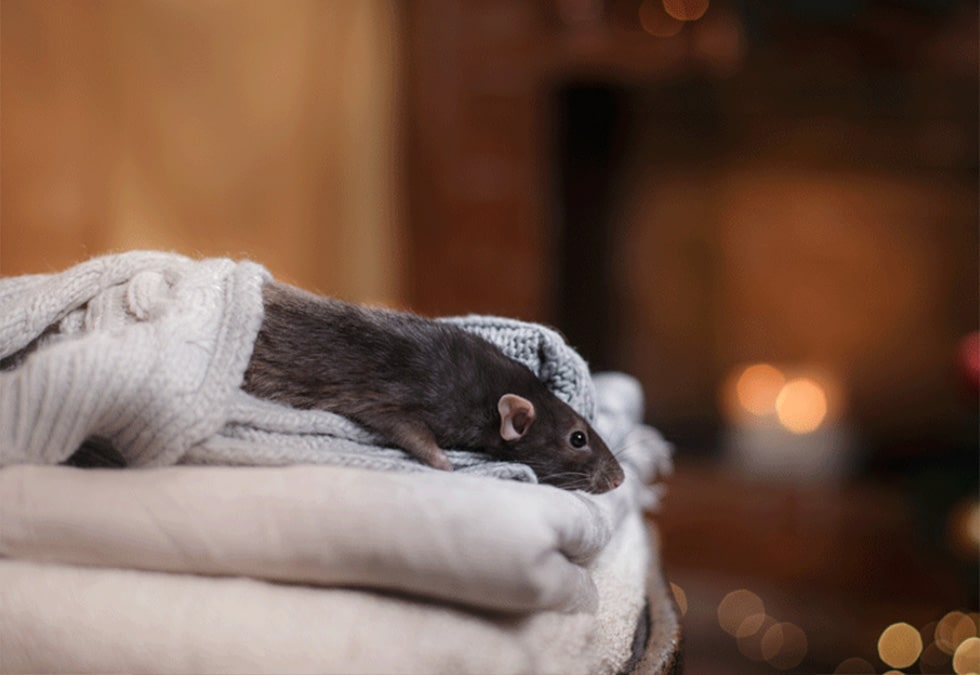 Rodents are active year-round in AZ. There are several different species of rats, but the Norwegian Rats and Roof Rats cause the most damage and disease.

Rats are dirty animals, and they transmit multiple diseases:

The Norwegian Rats can be especially dangerous during wintertime because they’re foraging aggressively for food, and they tend to bite while trying to escape from humans. Likewise, Roof Rats are fairly dormant in very cold weather, but they wake up quickly when spring arrives.

Regardless of whether they’re Norwegian Rats or Roof Rats, these rodents are much larger, dirtier, and more aggressive than mice.

Although rats often live outside, they tend to come into homes and commercial buildings in search of food and warmth during cold weather. They’re costly and dangerous because they chew on non-food items as well as digging into any form of nourishment.

Like all rodents, mice breed very quickly. Just one pair of mice can produce hundreds or even thousands more. Although mice aren’t quite as dirty as rats, they’re still a worrisome source of illnesses such as hantavirus.

They carry fleas, ticks, and mites. Also, their feces and urine can stain and damage property permanently. Rodent urine causes other health problems too, including allergic reactions in children.

These pesky rodents like to invade a home along the roofline, and make their nests in attics and ceilings. Just like other rodents, they do plenty of damage in Tucson and throughout Arizona by chewing on wires, insulation, and wood.

Roaches thrive in Arizona during January as well as throughout the year. Cockroaches are a hardy species, and they’re still active at low temperatures.

In fact, to keep their bodies from freezing. Roaches can produce glycerol, the same chemical used in auto antifreeze, although they certainly don’t need to do so here in Tucson.

These tiny blood-suckers are active year-round. They hide in bedding and tiny cracks in furniture.

Even though these flying insects are either dormant or sluggish in cool weather, January is the best time to treat their nests. By removing them early, they’re less likely to gain a foothold in your property until the next winter dormant season.

These tiny blood-suckers thrive during Tucson’s warm winters. They travel between hosts by using dogs, cats, rats, and also humans.

In addition to numerous diseases spread by parasitic insects on humans, our pets also suffer from infestations that are far worse. Winter is the best time to spray for ticks and fleas, and January is a good month for washing dogs with flea shampoo as well as calling a professional pest control team to spray the entire area.

These industrious insects are still active in January, and that’s the best time for treating colonies on your property. During cold weather, they’re less likely to swarm out when threatened.

Tucson pest management in January and throughout the entire year

Our ideal climate makes Tucson the perfect place for many kinds of pests. Regardless of which pest you’re faced with, we can help. To learn more about wintertime pest control, contact us now.