Baby Back Ribs Got Nothing on Baby Back Bark Scorpions! 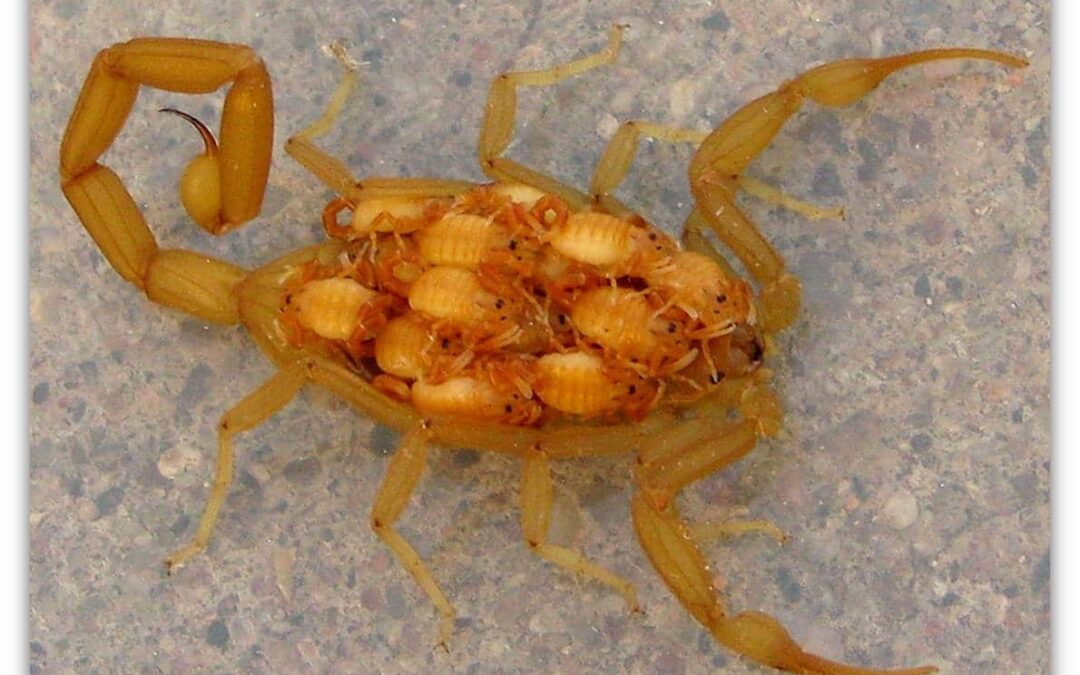 There are a variety of scorpions native to Arizona some of which can be harmful to humans as well as your pets. Scorpion venom, similar to bee stings affect each person differently. While one individual may shows signs of severe anaphylactic shock from a sting another may only experience slight discomfort and  welt. The Arizona Bark Scorpion is the most common scorpion, which can be spotted by their long stinger. The Bark Scorpion is usually found in and around homes as well as trees, hence their name. The Bark Scorpion is one of the more venomous scorpions found in Arizona and a sting can result in painful swelling, difficulty breathing, and light muscle spasms. Generally, these are not life threatening symptoms but if stung one should seek immediate medical attention.

The Arizona Bark Scorpion offspring are usually born alive and a mother will usually give birth to between 25 to 35 scorplings at a time, the scorplings will remain on their mothers backs for up to three weeks. The mothers do not show any hostile behavior when taking care of their young. The average Bark Scorpion has a life expectancy of 6 years.